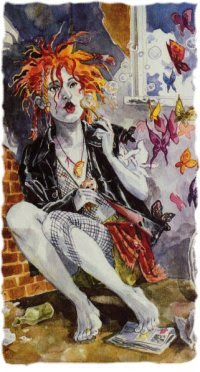 This is a modification from the way VDND uses its Wild Sorcerer flavor rules. They are not flavorful enough for me. To this end, every time a Wild Sorcerer casts a spell they roll on the first table, which we can call a minor effect table, rolling 3 dice: two d20 and a d10. If the result on either 20 is a 1, their result on the other d20 is instead compared to the SECOND table, with more serious and uncontrolled effects, which you can think of as a wild fuckup table. Otherwise, the die which lands CLOSEST to the DM is consulted against the first table. The d10 gives a value that certain effects will key off.