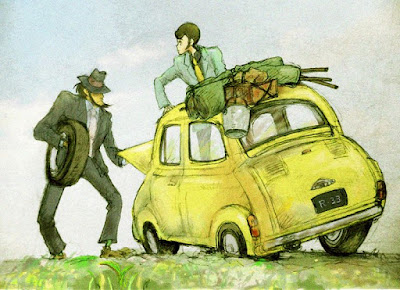 1. For three racing generations Dawnstar Racing has dominated world culture. Its big circuits - the North, South, West, and East Wind Circuits - are events that every man and woman sets their calendar by. A mix of celebrity, sports star, science hero, and businessmen, the Dawnstar Racers come from many different walks of life, many different kingdoms, and a couple even from different worlds! If you qualify for a race it can take sometimes days to finish.
2. Every nation and major business enterprise sponsors their own racing team, as do many towns, causes, individual brands...some racers are entirely independent, though this is rare. Even educational institutions get in on the act.
3. Mammon Summer is the mysterious head of Dawnstar Racing, possibly the richest person in the world. She is dramatic and severe in her business dealings and promotions but genial and enthusiastic in her praise of the Dawnstar Racers. Once she was quite the racer herself, from an esteemed family. That was long ago, and now she never even drives anywhere. She never has to. People come to her.
4. Anyone who meets an entry fee and qualifies can be a Dawnstar Racer. They try to keep out the riff raff but inevitable bad seeds take root. The Road Dawgs are a gang of racers who want to slowly conquer Dawnstar Racing from within, taking each of the individual circuits and winning the Grandissimo Prix. The money and influence this brings will make them top dawgs for year to come. Their leader is Major Cain S. Nueve, a self-described military genius whose frankly ridiculous public image belies his actual animal cunning.
5. Amateur racing leagues and small circuits fill the globe. Everyone is always angling to snare a Dawnstar Racer for one of their races; it's the next best thing to graduating to the big show themselves. Between these, promotional appearances, community outreach, media opportunities...life is never dull for a Dawnstar Racer.
6. It's not all sunshine, of course. An interloper made of pure toxic masculinity and chrome named Knightrous Oxhide, a deadly buffoon dressed in a mix of medieval armor and wrestling costume, has declared himself the only person worthy of being called the ultimate racer. Sometimes he qualifies legitimately, other times he simply crashes the race - literally and figuratively, of course: if it takes him wrecking all the other racers to be the first to finish then so be it.
7. Other gatecrashers are not nearly so malignant. The mystery behind Cruise Masque's identity might be as captivating as the circuits themselves. Elegant, seemingly unkillable, not everyone can even agree as to whether Cruise Masque is a man or a woman. Even if they have not taken the time to qualify for a race they can still make a surprise appearance. They usually try to outrace and trip up their fellow racers but have been known to be destructive and aggressive...usually for their own, somewhat reasonable ends, according to other racers. Stoic, soft spoken, and gentle as a piece of glass which can shatter or sever.
8. Certain nations in this world are home to fantastic technology, while others are positively stone age. Others are home to fantastic creatures or winsome spirits, while others are devoid of even the animal called Hope. Certain nations have access to miraculous magical gifts while others shun these heinous activities. The warlike, the pious, the flamboyant, the inscrutable, kingdoms of every stripe fill this world. You will meet other racers who hail from each. You will race across many of these.
9. Laws bend whenever a race is on. Often, but not always. For example, the sprawling kingdom of Chevalle forbids all racing and even all vehicles, except for official military purposes. For this reason some racers make a point of short-cutting through Chevalle when afforded the opportunity, which strains international diplomacy and risks life/limb. There's also S.E.D.A.N., the Special Envoy Defending All Nations, an international super-police charged with protecting the public from the dangers of racers, racers from the dangers of racers, and racers from the dangers of the public. These often work with conventional authorities.
10. In all the years Dawnstar Racing has existed no single team has ever been able to claim the Grandissimo Prix Cup, the Sunset Chalice. Doing so requires a single team to win all four Wind Circuits and a final race between qualifying finishers. Being a racer is its own reward, an esteemed class. Winning a circuit opens doors beyond your dreams. There aren't words for how big one might become winning the GP. You'd be the biggest star in the world...and, maybe, in other worlds. 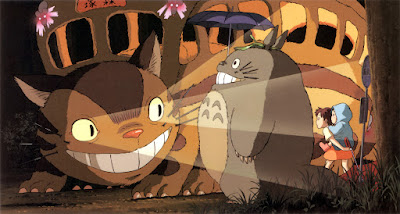 Vehicles with Handling or Acceleration 7+ must be piloted by a character with the Driving skill and at least 1 Driving schtick.

Vehicles and weapons normally offered by Types are not available, with the exception of Types built around those weapons (Full Metal Nutball, Sword Master, Archer).

Your Vehicle runs on...

Its main special feature is...

1. It can transform for a different race mode
2. Extra speed (+1 initiative)
3. Extra armor (+1 Frame)
4. Turbo boosting (+2 to Chase)
5. Ignore a kind of difficult movement (turbulence, off roading, whirlpools, etc)
6. Extra weapons (Or, may begin with both 1 Weapon and 1 Resource Die)

Its second special feature is...

Your team acquired it by one or more of you...

1. Inheriting it
2. Mortgaging your future on it
3. Luckily winning it or discovering it
4. Building it (or raising it if it's a living creature)
5. Earning it through sweaty toil or similar long sacrifice
6. Being hired to do a job by an owner/sponsor

This downside to this vehicle is its...

1. Tendency to stop working
2. Enormous expense for power or maintenance
3. Lack of armor
4. Lack of coolness/sex appeal
5. Difficulty to pilot
6. Lack of weaponry

1. Whatever sounds cool, especially if it makes no sense
2. A powerful animal, maybe with a color thrown in
3. Something sciency or futury sounding
4. A family member or your team's hometown
5. A valuable mineral and/or powerful weapon
6. Whatever the announcer made up in the heat of the moment and now it stuck. 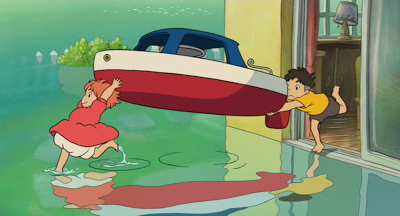 Players may choose to play any Type. Juncture penalties for magic or transformation are instead assessed regionally. Advancement opportunities come whenever a PC wins a race.

Each Vehicle carries 3 team members: the Pilot, the Coach, and the Defender. As you can see some Teams switch roles for different races while others are more static.

Players will initially play one of the race's Pilots. Players will also play the other members of the Teams captained by other Players. This means that an individual session can focus on one Team at a time during Pit Stops with no one left out while giving every Player something to do during course legs. Short story, you will play multiple characters, but we will not determine these secondary and tertiary characters' game statistics until after the first session. For the first session we will only focus on 1 character: each Player's Pilot.

Go ahead and make some rolls to know where you're kind of coming from.

The overriding relationship between your crew is... (something to keep in mind when making choices on the individual relationships spread)

Your crew's pilots are broken up by...

Your team races for...

1. Fortune
2. Fame and glory
3. Adventure/Thrills
4. A promise or obligation
5. To disguise your movements and activities
6. For those you care about

You are sponsored by...

1. No one, your destiny is your own
2. A small business
3. A big brand
4. A prestigious racing team
5. National interests
6. Extralegal enterprise

1. Is exotic but not unusual
2. Is bog standard - it's all about how you use it!
3. Is outdated or incomplete but you make do with what you can find
4. Is beyond normal convention
5. Is unique, a locomotion only you have mastered
6. Is nothing short of magic 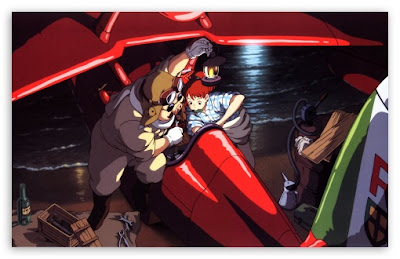 END OF THE FIRST SESSION

Players call dibs on each other's team members and work with that Player to pick 3 Skills and a Schtick for that team member that works with that Pilot's whole theme and the rolls made so far. These won't be full Types; they are basically "Good Mooks" to round out the cast and crew. 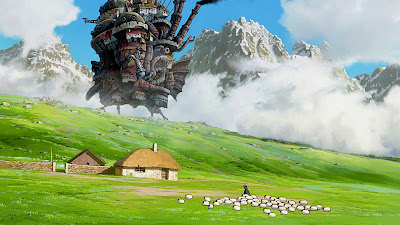 1. Discovered ancient secret
2. Touched a part of another world
3. Survived a traumatic experience
4. Alone together
5. Temperamental and do not play well with others
6. United by a shared passion

THE TROUBLE IS..... (each result attaches to one specific relationship listed above)

1. Road Dogs have it out for you
2. A ghost from your past (metaphorically)
3. A reckless newcomer after your reputation
4. A curse or sign upon your name
5. An obsessive fan
6. Disease 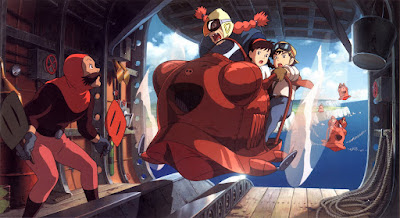 END OF THE FIRST RACE

The winning team has the opportunity to allow each member to advance.
Victory Points and Money determined for each team.
Stage setting for next session.
Make relevant skill checks to resolve dangling plot threads from Pit Stops or to cover catastrophic repairs and stuff.
State anything you intend to do before or during the next race.
Bank any unused Resource Dice. 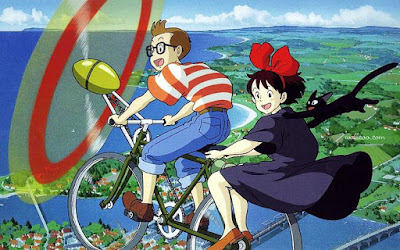 Feng Shui (okay technically Feng Shui 2) is pretty straightforward. It has a lot of terms to get used to but basically 5 things to remember:
That governs pretty much every dust up you'll get into, barring a few details. The rest is all about learning your character's sheet and, most importantly, playing their personality to the bone. 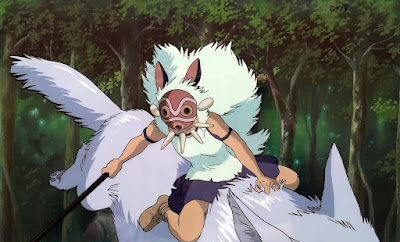 Since Advancement will be rare and erratic (and doesn't matter much in the metagame for Feng Shui (2)) there are instead 4 types of reward for your teams (not individual characters):
Instead of assessing a 1 or 2 point bonus or penalty for particularly involved, complicated stunts (here loosely defined as taking an action which should accomplish one thing to attempt to accomplish two things, the classic example being shooting 2 targets at once) and rolling the Difficulty targets up and down all the time, whenever you want to do some crazy stunt that is Fly As Fuck, risking a penalty against the chance to do something extra cool this turn, you can forgo spending a Fortune in order to roll a Dare Die against the Announcer. Straight d6 roll, highest number wins; if the Announcer wins your stunt goes bad, if you win your stunt goes off. You can spend Teamwork or Favor points to improve these rolls if the Announcer decides it makes sense. You can even roll a Dare Die in lieu of a Driving or Up check ONCE per session, but the Announcer WILL NOT REVEAL their result to you until later. This means, particularly for the Up check, that you take your life in your hands with this maneuver. 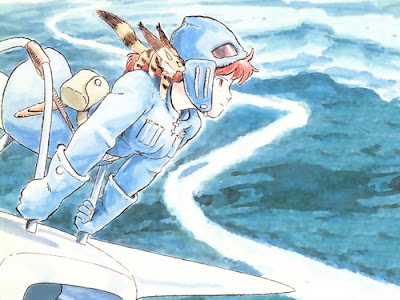 The Feng Shui Archetype list can be found here. I'll have this available for everyone when we play. ALL YOU HAVE TO DO BEFORE WE PLAY IS LOOK IT OVER, THINK ABOUT DIFFERENT CHARACTERS TO BE, AND HAVE IT HANDY. We run with the Types-as-written for the first session and modify them later.

Remember that while this is its own thing the underlying ethos of "Studio Ghibli Wacky Races" should be preserved so try to imagine your character less in action movie or even shonen manga terms and try adding the word "pastoral" before every character concept. We will get to plenty of wackiness, plenty of ass kicking, plenty of gross-out, or whatever, but let's start from a more Azumanga Daioh/Lupin III/Porco Rosso kind of place and get there on our own.

Email ThisBlogThis!Share to TwitterShare to FacebookShare to Pinterest
Home
Subscribe to: Posts (Atom)
IT'S NOT SAFE FOR WORK