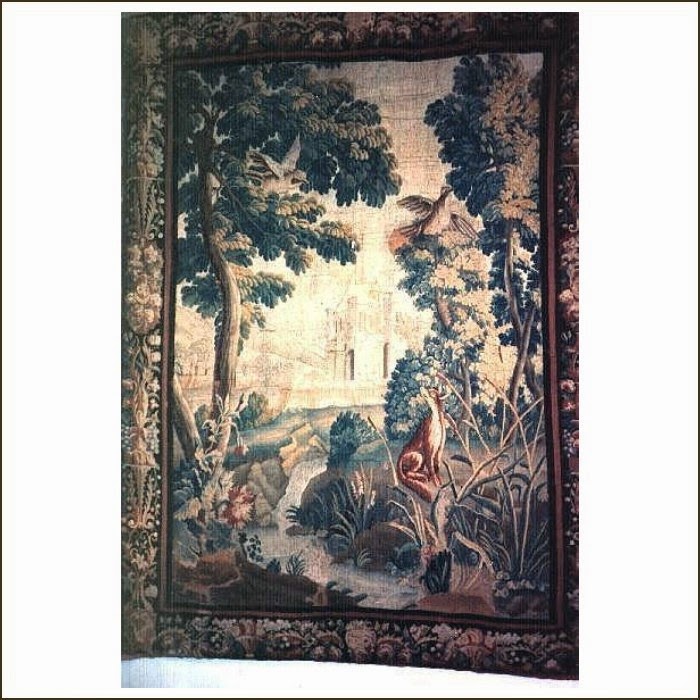 *I love the idea of this grand, sweeping curse, this banishment and this Promethean suffering, for this faux pas. It feels very elf to me, by which I mean Olde English aristocracy, by which I of course mean plays and storybooks. When she runs out of materials she seeks them out, so even though it looks like "Oh we were here for one thing now there's this other thing and now wtf there's this OTHER thing" it's all the same thing, a chain of cause and effect the PCs interact with out of order. Watching someone recreate your timeline is interesting, Recommended. Of course when she can't find livestock or makes a mess of the whole thing, inexpert at this kind of thing as she is, she uses her own body and soul: tiny threads of skin being pulled away by the loom, like a sweater that grows back as you pull the loose strand. Thin filaments of muscle, hair obviously...micro-filaments coming off her teeth that she weaves into some pastoral/horrible/both scene. Her and all the magic of her kind, and all the power of her curse, are in each tapestry.

*This is what lets her latest  piece start so much trouble. Sometimes art literally takes on a life of its own. Cats are supposed to steal your breath but I like a fox for this job, because it lets me hang a big picture of a classic fox hunt behind the Loom and then, the longer the fox is gone, to Dorian Gray some horrible things in its place.

*What does the way out of the tapestry look like that? How many HD do ivory stags have? Is there more than just the ways out I've provided in the tapestry table? Any DM worth their salt (1 cp) can do this part without me.

*I like putting in the two conflicting ticking clocks. It means the players and therefore the characters will be conflicted and pressed for time, to the extent they're made aware of either. I would do this as early as possible, without just laying it out like a Flower Cup Time Trial of course. But yeah it makes every choice matter a little.

*I would generate a die-number of "rooms" with the table, like 6 or 10, so I could randomly assign the next world the fox enters. It won't enter its own tapestry, which is why it's not represented on the table. It likes this world and has acquired a taste for little girl soul.

*Several of the rooms require risk of loss of a party member (beyond obvious combat issues) because I wanted a very fairy tale-meets-Ten-Little-Indians feel. And Then There Was One.

*There are some opportunities for loot or treasure but I refuse to spend much time on it because the Loom herself, or at least one of her tapestries, would be the absolute greatest treasure. Imagine how handy that can be, or the price you could command?

*The hardest part about the dungeon was teaching myself GIMP as I went. I've had like graphic design and photoshop-based internships before but this is the first time I've sat down to use this program and it was like walking with both legs asleep for a while.
Posted by Daniel Dean at 1:26 AM

Email ThisBlogThis!Share to TwitterShare to FacebookShare to Pinterest
Labels: dugeonnnnish, tables, what
Newer Posts Older Posts Home
Subscribe to: Posts (Atom)
IT'S NOT SAFE FOR WORK