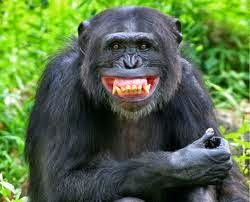 Apes may advance to level 8.
Posted by Daniel Dean at 1:42 AM