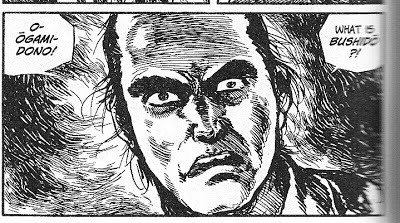 The 5e DMG talks about Honor and Sanity. You can use them if you want. Is there any reason to? No, but you can use them if you want. Is there a big downside to them that a DM might want to bring into play? No, but you can use them if you want. They are called ability scores but basically exists for Checks Against Being A Specific Kind Of Guy. You know that thing you do where you pretend to be some kind of guy and you and the DM try to work out where the boundaries are and sometimes the DM will say "That doesn't sound like something Dolphin Legend would do" or, if he's boring, "That sounds more lawful good than lawful neutral?" That thing that every person playing a game does, the wonderful give and take conversation we are all involved in? You can have separate number for that if you want, divorced from anything else in the system, floating on top and doing a job your extant ability scores can already model.

You know, if you want.

I don't necessarily care about a system for Honor in my game. Not a codified structure and boundary as opposed to just behaving honorably. But I had a player who was going to join one of my games as a jaguar paladin and even though that never happened it got me thinking about Rokugan and Adventure Time. So, now I have Honor rules, and you can use them if you want.


You gain a resource called Honor. Roll 3d6 to calculate your starting Honor. You gain 1 Honor by pledging yourself to a cause or task and seeing it through; by protecting someone helpless; by openly shaming dishonorable conduct. You can spend a point of Honor to improve a character's Reaction to you (hostile to neutral, neutral to helpful, helpful to friendly, but NOT from aggressive to hostile); to declare some NPC or group has heard of you (though not any specific accomplishment or bit of background, apart from being Honorable); or to make a check against a character's reputation (informing you whether they typically act with Honor or if they have betrayed someone they were pledged to).


We use the system that already exists. I try to stick to the idea Some Guy said where backgrounds don't give major mechanical benefits and yet, also, fuck that a little. Instead of some Charisma based skill you get a new space on your character sheet. Instead of a tool to broadly influence the game in a wide and general way you have a pool of resources that do very specific things more accurately. That's not going to break a game on its own.

We also have a built in reason to run little side quests and pledge yourself to pick flowers for Mrs. Crenshaw or whatever. You're here to help, sometimes that means killing a gobbo and sometimes that means being a mensch. The more you play up your guy's honor and fulfill your commitments the more you get to play with your new toy, replenishing and increasing your pool of Honor. The more you act out of line or abuse your power the more you can be punished by having your toy taken away. I'll say that pool can't exceed 20 like normal ability scores can't.

[[added- Bonds, Flaws, etc, these should come from a more personal place than a table. In composing those think of bonds as Allegiances, flaws as Taboos ("I must never/will never"), ideals as Vows ("I will always"), and maybe replace your traits with a list of Deeds which can be deeds you've accomplished or great deeds you intend to accomplish. Not "slayed a dragon" but "Slaying a Dragon," a phrasing that lets it be something you can be known for aspiring to, achieving, or failing]]

Any person may be Honorable. A Thief? Absolutely, robin hood n shit. A Monk? You bet. How about someone who sold their soul to the devil? Man, even Doctor Doom has a sense of (if not honor) propriety close enough to compel him to keep his word, pay his debts, even if only because of the prospect of being shamed for doing otherwise. So any character can be Honorable...

But c'mon. We have a specific thing in the game that was invented to be warriors sworn to a code of Honor. So, at 2nd level, a Paladin may select the following Fighting Style:

On your turn you may spend 1 point of Honor to receive +1 to hit.


This is not as big a bonus as other class' Archer features add but there's also a greater range of melee weapons doing damage superior to a longbow. It's actually a large benefit but it requires sacrifice of a valuable resource. Hence, it's fighting fairly. There's no real reason to take this fighting style, though, unless you are really making Honor core to your character's being. In that case you'll be needing a Paladin advancement path. I think the word Oath is redundant here...

At 3rd level, you gain the following options for your CD.
Turn Dishonored- Gain 1 Honor and Turn creatures within 30' with a Wisdom or Honor less than your current Honor.
Champion's Defense- When you are within range of an attack against an ally and the value of the attack roll is less than your current Honor you may use your Reaction to gain 1 Honor and make yourself the target of the attack. You have Resistance against the damage from this attack.

At 7th level, allies within 10' no longer suffer from Exhaustion while you have 1 point of Honor. You do not suffer the penalties of Exhaustion.

My Virtue Protects Me

At 15th level, you may use the total of your current Honor plus your Proficiency Bonus in place of any normal Saving Throw. You may use this a number of times per day equal to your Charisma bonus.

At 20th level your armor no longer counts toward your Encumbrance. Also, after every short or long rest, you gain Temporary Hit Points equal to your current Honor. Finally, once per session, you may confer a point of Inspiration to an ally.


A lot to talk about here. First of all, the spell choices. Rite of single combat. The power of your heart infusing your blade with holy magic like a bunch of anime people and Scott Pilgrim. Like a Battle Princess. The power to know someone's innermost heart. The ability to condemn but, more importantly, the ability to forgive. Dismissing unnatural forces and calming the rage of nature through perfect mu. Understanding the true thoughts and wills of your gods and ancestors. Seeing their will done by the very hands which once opposed you, offering an enemy a chance to earn penance and amnesty or damning them to the service of a cause greater than they. These are all very deliberate choices. I wanted something that would be equal parts Lancelot, Jesus, and Steven Universe.

There's a new spell here which I think should be restricted to Paladins, Clerics, and Druids, even if you have a weird feat that would let you otherwise take it. Nope. Gotta meet those bare requirements. You can't have your honor restored unless you are showing contrition to a great power you have somehow failed, supplicating for the strength to carry on and see their cause won. The great and ancient orders and kingdoms to whom you are sworn, your brotherhood or regent; the gods themselves; the immutable majesty of ancient nature.

You beg clemency of the great powers. This show or respect is rewarded by your sins, failures, and weaknesses being forgiven by those to whom you are forsworn. You make your sign and touch one humanoid, restoring them 1d4 points of Honor.
At Higher Levels: Casting this spell in a slot of 4th level or higher, one may add their spellcasting ability modifier to the Honor restored.


Now I'm not so sure this spell even needs to exist most of the time. It is, however, valuable for when you've been in a dungeon or lost in the wilderness for a jillion years. Showing the proper deference and observing proper ritual has an upside in a world where you can go visit the gods at their rotary club. If someone is spamming this, well, give them less and less Honor reward each time. Being honorable isn't something you can TOP OFF or hoard like a miser or use to get an unfair advantage.

You can of course just decide to never cast this spell because it breaks the fiction or is too 4e or whatever. In that instance your Channel Divinity features give you the chance to do specific and situational cool things while still refreshing your resource in those times when you're Between Mordors. That second CD power requires some common sense to adjudicate, requiring you to basically be close enough to use a movement to interpose yourself somehow. Inspired by me, and the work I did on the Lawman.

That 7th level ability is inspired by lots of things in general but very specifically by that Lone Wolf and Cub story where the guy who couldn't make faces kept killing people when Ogami Itto went into town, so he just sat in a cave until the ninja got so dehydrated he fell out of a tree. Or something, all my books are in storage because my life is so great right now. Fuck I love that book.

"My Virtue Protects Me" represents a kind of Ned Flanders immunity to the grime of life through clean living and also things like that racist ass legend from Ernest Goes To Camp. Originally was a #/day=Charisma but then you never have to make a regular saving throw. I would have left it like that if I hadn't invented restore honor.

All the end game advancement traits are pretty baller but none of them really compare well against each other in terms of scale. Always hard to model, I think. 2/3 of the features here are pretty normal benefits and the kind of thing that 3.5 would have handled with a feat. I do think that creating a unique exception to the way Inspiration works as-written is a good enough benefit. Especially if the DM isn't normally employing that rule or keeps forgetting.

You can use all of these or just the Background or just the Oath path. I think using just the Fighting Style or even just the Fighting Style and Oath path, trying to slowly build your Honor over time, would be a not great idea. But the path has a lot to recommend it even without the subsystem maybe, like you want to have a setup for your specific kind of guy but don't want to be constantly adjusting knobs?