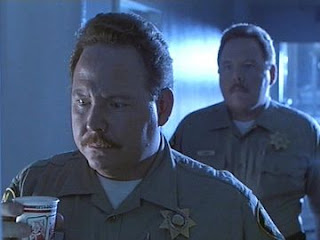 At age 1, the child is frighteningly developed. It will resemble an infant still but its mind will be twice as developed as normal, and it will be physically stronger, with greater endurance.
At age 3, the child has something wrong with it. Its head has grown enormous and egg shaped, and it has the body of a tiny weightlifter. It also seems to have some bone disorder. It's not shaped right, even accounting for the aforementioned deformities. It begins to seem slow, compared to its earlier development, and it takes a long time to answer questions or make decisions. There is nothing wrong with the child's brain. It's just building a second one. The child's skeleton is perfectly normal. Both of them are. Its heartbeat is a full measure of music.
At age 9, the child begins vomiting uncontrollably all over itself, a thick sweet-smelling slop which quickly crystallizes in the air, becoming hard as a soft wood. It's white. The child will keep doing this until their entire body is covered, and if they are resisted by efforts to staunch the flow or clean the effects they will continue puking this hardening goop unabated until they dehydrate themselves and pass out. This crusty surface softens over the months into a thin, sturdy leather-textured bag. After three months, the child begins screaming, and moving, and this will continue for the next nine months. The child begins growing.
A year later, the membrane ruptures, and two nude young adults step out ready for life, ready for death. Born to survive.
Phalanx.

They are not telepathic but they are of one mind, intimate information from one another shockingly well, and have their own verbal short hand and body language unique to their kind, and then also to their sets. They move independently, yet always toward one goal, synchronized as one.

Either "sibling" can have children like themselves, and when both parents are this type of creature it goes up by another factor. This means there are more and more of these types around.

They are distant and weird while both live. If one dies, however, the remaining "brother" has their full mind and personality restored. Their super great one. They also absorb their vestigial half's Experience as they die, in both story terms and game terms. This leads to a hulking out/leveling up experience that can be pretty dramatic. However, this also locks their potential: the next time they level up will be their last.

In boring game terms this means that you basically have one character that you occupy 2 spaces on the board with, so long as they are still close by. Splitting the party is 100 times worse when you split these guys up, though; they're literally half as effective. They both earn their own XP and climb their own advancement ladder. HOWEVER they have two wrinkles once they set out in the world.
Posted by Daniel Dean at 1:07 AM