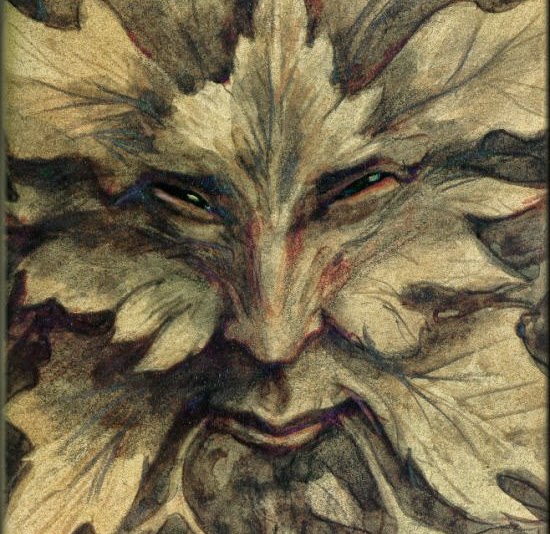 1) I promise you I know more Marvel Comics characters with plant powers than you so if you "um actually" me about that then you provably suck a little. Don't do that to either of us.
2) I tried to synthesize the two extant VDND paths a little. I think this is more powerful than one, less powerful than the other, but honestly if you're here for Druid stuff and you want to talk balance not only is that boring but THAT line forms at the WOTC booth this August.
3) Remember that if you play this path you are a creature of blood and breath. Just not your own. Swamp Thing writer Scott Snyder had a line about how the plant kingdom is much more vicious, violent, brutal, relentless, and scary than the animal kingdom, it's just happening at a pace we can't conceive. You're here to change all that. Or you can just like posies and shit, that's probably cool too.

Now all the path features have cute little names right?


Tools of the Earth

Beginning level 2, after a long or short rest you can expend a spell slot to conjure from the soil equivalences of weapons and armor such as you are capable of using. These grow around you and remain in place, breaking away at the root when you move them away. These wither after a day and must be replaced. Using Wild Shape destroys this armor.

Beginning at 2nd level, you can trade your animal flesh for vegetal ripeness. You may expend one of your normal uses of Wild Shape to immediately cast a spell instead, basically acting as a bonus spell slot. You also gain access to more powerful Druid spells you may cast in this way as you level.
2- Goodberry
4- Barkskin
6- Speak With Plants
8- Freedom of Movement
10- Commune With Nature
12- Transport Via Plants
14- Regenerate
16- Earthquake
18- Shapechange

At 3rd level, and at 5th, 7th, and 9th level, you gain access to certain spells which you can prepare in a lower slot than normal. You cannot cast these spells at a higher spell slot, except to cast them at their normal spell level. In this way a 2nd Level spell may be prepared and cast in a 1st-level slot or a 2nd level slot.
3- Locate Animals or Plants
5- Plant Growth
7- Grasping Vine
9- Awaken

At 6th level, you become proficient in heavy armor and martial melee weapons. Additionally, the weapons you create with your Tools of the Earth feature are longer-lived, surviving until destroyed. You also conjure these objects from within, as vines come out of your mouth and form around you. Your armor now changes with you when you use Wild Shape.

At level 10, you are considered a Plant. You no longer eat or drink, you no longer sleep, you no longer breathe, you are immune to disease and poison (but not to Blight or similar magic designed to hurt plants).

At level 14, you may attempt to hide in a natural, plant-rich environment as a bonus action, even when unobscured. You can always provide your companions with sufficient food and water. Your Ability Scores all increase by +1.
Posted by Daniel Dean at 1:46 AM