REVIEW: Diadem of the Sewer King, by Eustace Thorndike 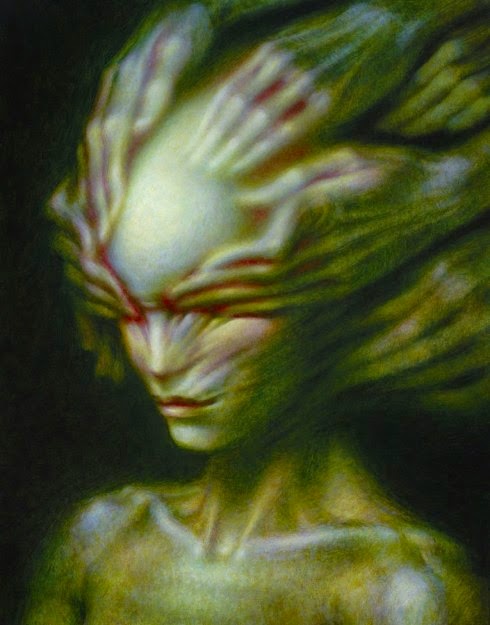 Dungeon. Now Tunnels and Trolls is a fine game, as good a game or better than its contemporaries. There's reasons we're not all talking about the newest edition of Tunnels and Trolls at the store, though, but one reason I think never gets addressed enough is the name. The name has a huge problem and it can't compete. I'm not talking about dragons vs trolls, this Sunday SUNDAY SUNDAY, I'm talking about Tunnels. Worms make tunnels. Time and gravity and water and limestone make tunnels. The normal natural world, terrifying in its wonder and fearfully symmetrical, produces natural tunnel formations. Sure, things can build tunnels, and so tunnels can be a Dungeon, but because they also kind of just happen they can't compete in headspace with Dungeon. Dungeon denotes intentionally imposing a limiting structure on a space or person. Intent. Imposition. Limit. Structure. For my money if something has those qualities it's a dungeon, if it doesn't it's not. This is why naval games are Dungeons, why the town can be a Dungeon, why an idea can be a Dungeon. The whole world is either Dungeon or Sandbox. One becomes the other. We protect ourself from the sandstorm with Vishnu, shelters, walls, and community. We are shielded from the chaos.

We build Dungeons around ourselves and then we can't get out. This is also true in RPGs.

Faith healer and ape enthusiast Eustace Thorndike is responsible for Adder Entertainment's "Black Soil" series and fuck all else in the universe. He came unbidden out of some crowshit prairie and retired from Æ to form a modestly successful small town lawnmower repair outlet in Vermont.He remembered no one to us, and is lost to posterity save for Sight of Slime, Loam and Tooth, Diadem of the Sewer King,  and Up Comes Hell. Small town boy Thorndike single-handedly created the short-lived ruining boom of 1990 with this series of modules about cities which just stop. Fittingly in light of Thorndike's legacy vacuum it is the machinery put into motion by these empires which consumes them when they go past the point of sustenance. You can probably draw your own Captain Planet message from that but the true takeaway, for me, is that Black Soil ends when your character reaches Imperialism. The decision to continue your campaign seals the fate of your campaign. Hercules as fuck.

Thorndike heard once about writing classes but one assumes he counted them alongside mothman sightings. He understands theme, atmosphere, structure, and story, abstractly, but only seems capable of one at a time in Black Soil. Thorndike's Dungeon was dungeons.

Rabikian the Sewer King proved popular enough to be included in the disastrous mini line Æ attempted, a meditation on heavy metal toxicity. His headdress made it into one other Æ product, Chest of Bastards, and was featured as a hidden item of power in Æ's sole foray into computer gaming, Entombed!

It's difficult to assess these cam-paks individually and an assessment of the whole of Black Soil and the events surrounding it would take a Scorcesean effort, so the shortest version: what isn't quite a rat and isn't quite a cockroach? What lives for you, will kill you, will die without you? What do you make stronger the harder you fight it? Are the sins of another your sins too? Are a kingdom's sins its regent's? Vice versa? How fucking rad are spiders who spin iron chains?

Diadem of the Sewer King begins with the burial of the bone worm from Loam and Tooth and ends with either the devastation of 7/10 of your campaign world's population or with your party members of a Twilight Zone of their own making, unremembered and unloved, saving a kingdom that they didn't quite save and which no one remembers now anyway. In between it's a run and gun amongst various shit covered creatures, and one of my favorite riddles in any game ever: "I was only ever screaming at you."

It's a difficult adventure to just jump into, particularly if nobody in your group can cast Pot, but make the effort and be rewarded with all the skin you can carry and the ability to experience every part of a dungeon at once, which is a Dungeon.
Posted by Daniel Dean at 11:33 AM