There's nothing stopping someone from being a dashing, gentlemantly Thief using the existing rules. Their special abilities don't particularly give them fun tools to play with if they go that route, and it's a good opportunity to appropriate a few Bard abilities for a game with no true Bards....

Sleight of Hand governs a Gentleman's ability to perform simple illusions such as making something appear, disappear, or change through simple technique, or in other words their ability to employ pick-pocket-like trickery unnoticed even when directly observed, as with a stage magician; Move Unseen, if you will. Gentlemen do not scurry about; instead they attempt to Fascinate people, holding their attention and curiosity for long periods of time and allowing others to scurry about unnoticed instead. Despite this, the Gentleman can be adept at Blending Into a Crowd, ceasing to be anything but a face among faces, if presented with the opportunity, as a Thief might with shadows. A Gentleman's instincts may give him a sense or hunch when danger is near, or if they are missing something, but unlike Hear Noise may not grant the Gentleman any indication of the direction or nature of that danger. Gentlemen receive an extra skill, Cover, which governs not only rudimentary skill at disguise but also the ability to maintain a persona or lie convincingly in the face of danger.

Operating under the auspices of these abilities a Gentleman need not be hidden or have surprise in order to Sneak Attack someone. 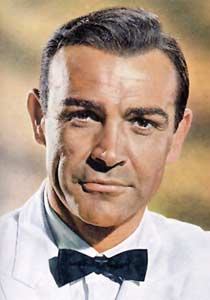 Gentlemen know how to treat their lessers, and retainers of Gentlemen have their morale improved by 1.
Posted by Daniel Dean at 4:31 AM