My wife wanted to play something like the Dragonborn character she had played in a friend's game so I bashed this together. It serves as a pretty decent template for almost all "beastmen"-type character race-classes, really, though if I'd remembered the Labyrinth Lord-compatible Mutant Future Mutant Animal generation rules I'd have just had her use those at the time. No reason we can't use both, though. 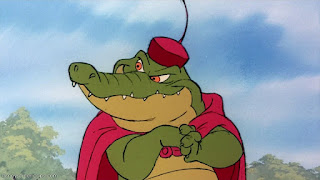