The idea with this was something like doing Yotsuba or Mr. Magoo as a class, a character protected by their own divine obliviousness. I also quite liked the idea of the really intelligent and aware character who projected that persona to unbalance his enemies, hence the Tom Baker photo. Someone it was impossible to get the drop on or outmaneuver not because they are so damn amazing and clever but because they're unphazed in the face of the amazing and find amazingness in the mundane instead.
------------------------------- 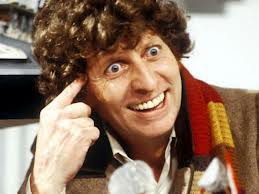 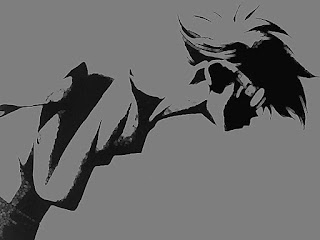 Babble which distracts those around the Cuckoo may have one of two major effects. When used during an encounter, the Cuckoo may use this distraction to swap places in initiative with her enemy, or automatically have her party go first in simple initiative. In roleplaying interactions, the Cuckoo can avoid unwanted attention by confusing those around her, beginning a conversation over again from scratch as if for the first time. If this effect is attempted in a large enough group, the group collectively gets a save vs. spell effect, with the Cuckoo's Wisdom score being the DC for the save.

Cuckoos can steal anything worth 1 copper without making a check roll.

Additionally, Cuckoos with high ability scores have the following attributes

Strength 13+: You may wear leather armor. You may use any shield you find but have 1/6 chance of losing it or breaking it after each fight.
Constitution 13+: You save as a Dwarf.
Dexterity 13+: You may backstab creatures who are unaware of your presence for double damage.
Intelligence 13+: You level as a Thief.
Wisdom 13+: You may Search for things which are neither treasure nor traps at 4/6.
Charisma 13+: You gain a Pet at Charisma 13, 2 at 15, 3 at 17, 4 at 18. These are mundane non-talking non-magical animals who are not specially trained with 1HD or less. These do not count against your number of Retainers.

Cuckoos reaching level 10 become Cuckoo Kachoos. Kachoos do whatever they want, and are cleverer than given credit for.