REVIEW: Your Dead, by Calvin Turtle

Dreamcast psychopomp and esoterica calculator Calvin Turtle was the world's champion single-legged roller-blader years 1991 and 2013, a popular lecturer on the Believe In A You That Achieved Without Dope kind of circuit for middle schools and hip youth groups across the fabled Canados. His deck chair stewardship during the Second Death of Adder Entertainment was something of a slight diversion from more positivity-focused message. Thrashers and backyard wrestlers alike, however, were more familiar with Calvin from his deck art and guerilla publishing efforts. He was one of the first people on TBN to formally denounce the Phelps cult and, always tech savvy, he was one of the first seventeen people on Twitter outside of the development team.

Always tech savvy, he is currently angling to be the first person to 3D print morphine. Calm down, it's for hospitals mostly. 90/10, tops.

The final three releases during the Second Death bear the tacky jammy thumbprints of Calvin Turtle. The penultimate release, Your Dead, is no bungle or mistranslation on the part of the low-bidding Philippines printer. These dead are yours, and you are responsible for them. You have to put your toys away.

Subtlety and Æ always went together like Rick Allen and clapping, after all, so a farewell to bygone adventures could only be slightly more on-the-nose. Nonetheless, this is a noteworthy enough release on the strength of the fact that Æ were not known for playing around with ghosts and undead that much, not when compared to some of their contemporaries. Particularly during the Great Awakening they had shied away from even the demons and should-be-deads in favor both of more sober, simulationist fare (like Goest-Thou Hawking) and of more banana pancake gonzo (like Robot Zoner). That meant that anything they did when dallying with the dead deserved naught but the direst and highest of dread fantasies. They turned to Calvin Turtle, ill equipped for the task and ill at ease with the subject. Calvin's editorial ethos bade him basically put everything into Your Dead that he was ever whipped for as a youth.


Quite apart from the Stair and its literal death spiral, the economy of Animus ticking away as you descend turning how you handle an almost literal railroad into something resembling a modern megadungeon's branching path of choices...

Quite apart from the honored tradition of the Binder and the call to include all your players' dead characters as woeful bygone spirits to torment them with their failures, having the metagame effect of driving a wedge between their allies at exactly the same time this is happening IN-game...

Quite apart from the Ridress and her ephemeral veil, the Zoetroopers and their flickering dance of smiles and spikes, the Choir and the Hourglass, Riddle and Chain, the Pit Pope and Its armor of savior flesh and heretical scriptures containing actual Cainite passages...

Wholly discounting the apocalyptically offensive Hoodoo Jim in accordance with the Rule of Vonnegut....

We have the sublime experience of revisiting the Æ dramatis personae in "6. Ballroom Falling." You'd have to play through the same adventure multiple times in order to meet everybody so let's talk about some of the big names here:

Phantecore. Soulange. Countess Farther Coming Now. The Slinking Prince. Omen Dog. You meet Nicod. Rabikian. The Hate God. You meet Good Old Mr. Hell. But I said big names: Ivanov is the miniboss of the encounter in that, if you do not face and defeat him (by ART-ing at him so hard that his only means of defense is MAKING A DUNGEON EXIST AROUND HIM so there is an exit through which you can escape!!!) you have lost; there is no penalty but your life will be counted measurably less than my life.

All of Æ is represented here, from their far out space nuts to their arty fart storybook heroes to their tragic heroes to even some Hosea characters for some fucking reason. You play chess with the souls of those you have personally slain all while they curse you. There are contests which can only be resolved by arguing around the table about who has the better tattoo. You yourself survive the fire. The fire.

It is a goddamn mess but it is beautiful in that way, like the last episode of your favorite show which, hey, it's shitty on its own, but look there's that guy and they finally said what that thing was and man aren't you going to miss these guys? Emotional manipulation was never Æ's strong suit and it wasn't exactly Turtle's but...man, this thing is like a Christmas ornament from the 70s, tacky and overdone but if you actually think for a second that it isn't utterly singular and starlike in its execution, that an experience we would never have been able to even experience without this work isn't worth a thousand fools and a billion failures, then just damn you I guess. Just god DAMN you.

...and YET. And yet just remembering things exist does not make a great product, all told.

Calvin was no chameleon so his attempts to ape assorted Æ artists are able but, at times, amatuerish. The art is not enough by itself to recommend the book except in a trading-card-set-that-never-happened kind of way. That's not to say that Turtle doesn't turn in some fantastic pieces, like the book's bugfuck French cover or the Banshee Map. I had the opportunity to purchase his proof of Tanifer at a convention some years back when it went to auction. I did not, obviously; sorry, spina bifida sufferers, goodwill is not worth a man's very soul. (I kid, I dropped them a ten and so should you. They also had Festus Caber's minotaur from Ye Minotaur but gods balls, man, I am but a peasant....)

Of course, life is not that neat. Neither is business. The company limped along another three weeks after this hit shelves, announcing their shuttering and boxing due to pure market-share loss on the very eve of their final release, Calvin Turtle's Lovely Pink Walls. But that would not be the only echo of Æ's glory days. As any student of American history knows, there was a second Great Awakening.
Posted by Daniel Dean at 11:59 PM No comments:

The Zombie- A DNDish Class 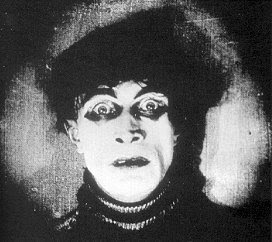 The idea here is to have a sort of Monster As Magic Item. Like say you find an amulet, what does this do? It binds one soul forever to yours and is otherwise worthless. The DM should use this sparingly and have fun thinking up genie wish/EC Comics ways of having this boon backfire. And of course the party aren't the only ones who can turn people into Zombies...

Zombies all have a Master, either a PC who knows the secret mesmeric, chemical, and ritual methods of zombification, or else some NPC. If it's a NPC then you get your marching orders from the DM and how you execute them is left to your interpretation. This has fuck all to do with flesh eating and while they may be a kind of walking dead these are NOT reanimated corpses. More gifted Masters are capable of creating more gifted Zombies.

Zombies can only operate with single-minded purpose according to their Master's wishes. This kind of character is really meant for a very specific kind of player, one whose main contribution to the night is not in the form of tactics but in the form of atmosphere. Zombies should do everything as brutishly, slyly, and creepily as possible. Zombies with another PC for a Master are programmed by that PC, and Zombie players with NPCs for Masters must submit their programming to the DM. A Zombie may be programmed with as many distinct nuances to their orders as the Zombie has Hit Dice. A level 1 Zombie may receive the order "Bring me Jessica." A level 2 Zombie may receive the order "Bring me Jessica and make sure she is not harmed," or "Bring me Jessica and kill Margaret." All commands must be 5 words or fewer. Zombies given commands that seem to conflict with one another must roll for Confusion as outlined above.

Zombies who awaken from Zombification are useless normal people unless they were secretly awesome before getting Zombied. A Master can allow his Zombie to wake any time the Master wishes, with no memory of what they did as a Zombie. A Zombie who drops to 0HP or less does not ever die, they just lose all animus and all resistances/immunities...a Zombie who is dropped to 0HP and thrown in a river will lie at the bottom of it drowning forever until they dissolve. They are sustained in this way so long as their Master lives. Likewise, if a Zombie's Master is killed then the Zombie must make a save vs spells. On a success the Zombie simply dies, assuming an appearance consistent with being dead for weeks or months. On a failure the Master's mind inhabits this Zombie body, possessed of all the Zombie's abilities but with the full mental faculties and skills of the Master. Though they still cannot speak these are deadly creatures called Revenants.
Posted by Daniel Dean at 10:14 PM No comments:

I Will Trade You Money For Death (PS I'm Famous?) 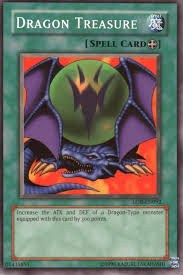 So I am experimenting with a Patreon to help alleviate some of our medical and travel expenses. If it doesn't work, if I've gotten no response by the end of October, I'll shutter it. However, if it helps, I'll try to hone things so that the most people can get the most out of this. That means more games I run online. It means more articles in general. It means more of my more popular articles, like DUNGEON-MIX or the Adder Entertainment reviews. It also means a lot, lot more, potentially.

Also if you haven't been listening to Renfield's Cast yet then you should start because I'm mentioned on an episode and they talk about how awesome Scrap and Patrick and Zak are so you know it's good.
Posted by Daniel Dean at 10:30 PM No comments:

Email ThisBlogThis!Share to TwitterShare to FacebookShare to Pinterest
Labels: what
Newer Posts Older Posts Home
Subscribe to: Posts (Atom)
IT'S NOT SAFE FOR WORK