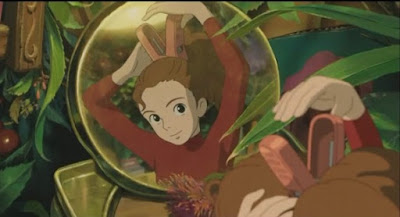 Feng Shui employs a lot of broad terms for its ranges, some Grover level generalities that used to be more common in D&D contemporaries before things got so much more granular. This applies to Fundage. Types have a wealth level of either Poor, Rich, or Working Stiff. Most Dawnstar Racers actually make a decent bit of coin from sponsors and purses. This is automatically assumed to cover the basic cost of equipment, fuel, transportation, and getting everyone paid. Your Pilot's wealth rating affects other things outside the normal course of racing. If you want to buy lunch for all your friends, or spring for a beach vacation, or an awesome new hat for Malibu Stacy, you make Fortune check. If you beat the odds then you have enough money for that thing.

Wealth level is "liquid walking around money" and there's lots of reasons an otherwise lucrative sport like Dawnstar Racing might have paupers in its midst. Perhaps you don't have sponsors, or many/large ones, and have to front a lot of costs yourself. Perhaps you're just bad at holding on to money, spending it on goodies on impulse and running out all the time when you need it. Maybe you're paying off a big debt. You could be giving oodles of dough to charity, or to one cause or person in particular. Maybe you've just taken a vow of poverty.

If you run out gas or you want 200 super-bouncy-balls or you want a present for your boyfriend or something like that you make a check. Depending on your wealth level this check might be easier or tougher. Someone who is rich has an easier time buying new tires after a blowout than a poor person. I speak from experience with that last part.

Equipment and gear in Feng Shui, as in a lot of anime frankly, is pretty loose. Do you want a thing, and it makes some kind of sense that you can find it on hand? You have it. Really weird items will require a Fortune check to see if they're around to be had. You can just roll into a race and then assume things about your loadout later. Firearms and conventional weapons are going to be a bit of an exception. A default assumption of the base game, if you want to bring these you need to specifically load up before the race begins. You are not finding an AK47 and ammo stores on a serene hillside while you repair your engine.

Resource Dice can be spent to automatically waive any lifestyle or equipment check. These are earned by the Team, bought with money earned from racing. Any Team member can spend them but these are communal resources so a light touch should be considered...especially since Resource Dice can be handy for other things.

These all cost Resource Dice. These aren't rolled, just spent. Every Team begins each race with 1 Resource Die and depending on the purse they have the potential to earn enough money to buy more Resource Dice. The deeper you are into a circuit the harder these extra RD are to afford. There are also Resource Dice to be found scattered through the world which can be found through interaction and exploration.

They are a versatile resource that you should spend freely but never lightly.

The South Wind Circuit focuses entirely on aquatic races. Open ocean, winding rivers, untamed bayou, majestic sounds and tranquil coves, canals and cascades... The inaugural race in the circuit accepts twenty qualifiers, though rarely do more than a half dozen even finish (and those scarcely intact): the Waterfall Crawl, a nearly vertical climb up raging rapids and relentless opposing currents.

This circuit sees the Dawnstar Racers walking on eggshells in order to delicately balance the importance of the ecosystems around them with the need to drive fast and kick ass. It sees the least interference from local and international peacekeeping agencies, and has the least amount of broadcast coverage and surveillance from racing officials and news outlets. The remote nature of some courses means they are the most sparsely attended races, though still much viewed at home.

All of this is to say that there is no safety net. Your life preserver is your only parachute for drowning. It's impossible to overstate the power of water or the enormity of it. Add in wildlife dangers, kelp beds, reefs, oil spills, squalls, rogue waves, and more - never mind the occasional ghost ship or goddess - and you're in for some real trouble if your attention should falter.

Alliances are common in Dawnstar Racing; two or more teams acting in concert to help each other do well against the competition, draft with each other, then duke it out in the final stretches. In the South Wind Circuit such alliances are ESSENTIAL for safety and survival. Your buddies watch your back and stage your rescue mission.

Many racers had been to shores not found on any map. The walls are thinner this far out from society. Your course may take you to an entirely different kind of destination altogether.
Posted by Daniel Dean at 1:41 PM