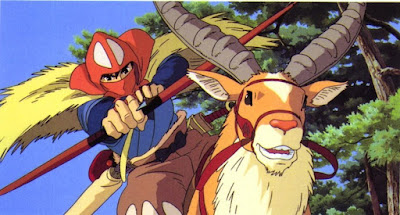 Today's game prep is a discussion on Feng Shui 2 Archetypes. The idea is to treat the beginning of every campaign like you're using pregens, playing the first session through and then making any wished for or necessary changes. You just play the page out of the manual and you're fine.


I understand why some would bristle at this but as someone who ran a decent bit of Feng Shui, usually for new people, using the old rules let me tell you: this works. Believe me when I say that I do get the appeal of meticulously building your character but that's never been Feng Shui's goals. They want to get you playing as quickly as possible. However, even the relatively light customization options afforded in the older rules became a time-at-the-table quicksand. It had the opposite effect of get-playing-sooner, as people flipped back and forth between different sections....

One thing customization out of the gate does is place an unhelpful emphasis on schticks. Schticks are kind of like feats or moves in Feng Shui, they are not your primary weapon. That's usually a straight up Attack Value for Guns or Martial Arts or somesuch. Focusing on being creative in a fight is going to be much more helpful than trying to fit all your creativity in early so you can just set things on auto-pilot during combat.

Good line of thinking for most games, I bet.

So, you pick a guy and we just play and we fix them later. But what kind of guys can you be? This isn't a post to rule any Types right out or add in a bunch of workshopped ones or whatever. This is more of a guide to making this cool game peg fit into this specific Miyazaki hole. A lot of Types come laden with firearms or standard vehicles; the latter are right out and unless your Type is completely based around your weapons, so are your starting load-outs. Racers will not be trying to murder each other as a default assumption.

Do what you feel you must to be true to your dude but if you're in a Ghibli movie or an anime series or a jrpg that isn't explicitly ABOUT guns or gunplay then it's usually chiefly the bad guys running around being super gun-y. Your characters can be exceptions here, of course - even if Cagliostro wasn't a specific point of reference Lupin III is very in the spirit of what I'm attempting, and that has at least two deadly weapons masters in it. We can find some wiggle room and add things back and change things after the first session. The Killer might still use sharpshooting skill to blow out tires and puncture radiators, the Full Metal Nutball's "firearms" might take the form of Mario Kart weapons, etc.

With those two big changes in mind I want to look at individual types by groups. Some people get a concept and then find a Type that fits it, while some go the other way around. Hopefully this will be useful for both of you.

There are 36 Types in Feng Shui 2. Most don't fit neatly into one category and I'm not going to go over them all. I'd just like to look at three clusters I think are worth highlighting.

This is kind of the starter pack. If you're never played before, or find all the other types and trading out schticks complicated, or if you are just plain unsure of which type to pick, go with one of these. They are straightforward each in their own way, with usually one or two gimmicks to master. Especially since our games may not revolve chiefly around rumbling...these guys offer some other good options.

If you like the idea of playing a very involved character with lots of swap-out options for your schticks after first session, weird leveling paths, or just really playing up the witches and spirits and magical nutsack raccoons and pork curses of the source material then think about one of these. Just know that all of these powers won't mean very much unless you're prepared to actually use them to help your team race like a mofo. You can be obvious with your gifts or not, depending on what style you want to embrace. Not the action movie grit of the base game but the stone gears, sympathetic illusions, and binding decisions of this style of anime stuff.

Of special note, the book has off-the-shelf options for Transformed Crab and Dragon but suites to easily cobble together specific Transformed Animal types and enough room to cobble your own together, either a mishmash weird type or just say building a Giraffe out of different parts. If you go this route then just use the Transformed Crab for the first session and we'll see what you feel like building afterward. The important thing is to get a feel for how the different parts of the game work before tinkering under the hood.

Typically Feng Shui assigns "juncture penalties" for Scroungetech or Creature or Sorcery or other magic abilities. These will instead be based on geography: you will gain a bonus to your rolls in your homeland races, have no penalty when racing somewhere with similar supernatural elements (monster kingdom or robot kingdom or wizard kingdom, just not your own), and a penalty to your rolls in places without such features or with supernatural elements opposed to your own (tech rolls have a penalty in magic places for example). No nation of people is only one thing or one kind of geography so there will be little oases and exceptions along the way. But you see why, now, I take the time to call these Types out: they will involve the most give and take with me and fine tuning over time to make them work while still getting at what you're after.

These are the Types that begin with some level of the Driving skill. If you want to ever improve your vehicle behind its starting values you will need some level of Driving in order to pilot it. Any Type can trade a non-Info skill it possesses for Driving after the first session, as long as you can justify the swap. 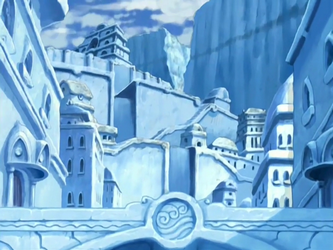 The North Wind Circuit is a series of eight races beginning the day of summer solstice, when the barriers between worlds are thinner, the powers of the arcane nations hum louder, inspiration strikes those seeking it, and anything can just about happen.


North is focused entirely in road races. Some will be specific road courses, while some will take place on tracks. Most are going to be an overland scramble between checkpoint destinations. The first race in this series, the North Star Challenge, sees the racers dodging contested zones, dealing with natural hazards, and relying on their Team's bonds to overcome fierce arctic conditions and be the first to reach the finish line at the North Pole. Up to ten racers may qualify for the North Star Challenge.

The North Wind Circuit represents the greatest risk of damage to property and bystanders. It also represents the greatest danger from animal life, unexploded ordnance, and dangers which can seem to come out of nowhere. It is in this circuit where the many diverse nations of the world will bring the most influence to bear on our racers. This circuit has the most direct oversight and interference from local law enforcement, militaries, criminal enterprises, and S.E.D.A.N.'s agents. Gracie Coupe herself makes it a point of qualifying for the North Star Challenge each year, just to prove the point that she and her fellows are always watching.

This is also the circuit most vulnerable to the activities of Knightrous Oxhide.
Posted by Daniel Dean at 1:35 PM