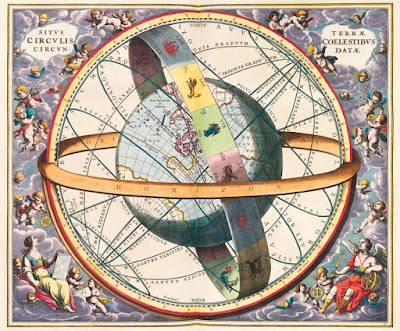 I am not trying to step on +Arnold K. here whatsoever. Go and read his Sphere Wizards and use them and then tell him you used them and how that went.

This is for a....different perspective.

They are not spheres who are wizards. They are being who become wizards by being spheres.

When you spend sometimes decade in study, unlocking the esoterica of the planes, you normally increase in power and understanding, slowly, until as a wizard you are practically a different creature, as removed from man as man from rat. Mostly, this is a matter of a shift in fundamental perspective.

Some people approach cosmic power in the other direction: achieving the perspective, and allowing the power to follow. These are called sphere wizards, and their eyes are opened using time drugs.

These wizards leave behind their corporeal form and become a part of the fundamental universe. This makes the universe itch like crazy and try to dig the wizard out with a rusted sharp spoon, but for the man who becomes the sphere wizard...

From their perspective, they are within the central point of the known world, as it curves around and over them. They sky is above them and within the curve. It is the perspective of an ancient or an idiot spread across space so that everywhere you look is everything.

They exist as points of energy. In lower planes they may appear as a circle or wheel, and in higher planes they may seem as a 3-sphere or cylinder. In the normal world, however, they resemble large balls, about the size of one of those sex balls or pilates balls and why did I write sex balls first??? The wizard is within the sphere, or it's better to say they are the inside of the spheres. What you see in the 3d world, the sphere, is merely the interface point of a part of the universe amongst itself. Sphere wizards are masturbation but then aren't all wizards?

They move by means of  relative manipulation, locomoting their position in the universe. Typically they will attach their gravity to another ally and slightly orbit. They affect the world by reaching through their interface point - the sphere - and imposing their energy on the energy of the world surrounding that interface. (Remember they aren't omnipresent or omniscient, merely a part of everything/a part in everything. They can only control their bodies, but affect themselves in creatures and objects.)

From their perspective, they are reaching out and down into a point in the world and manipulating it, pushing this influence out through the point in space they have deigned to interface with.

They don't have AC as such. They basically have their Intelligence as AC ascending/every point above 9 as a negative modifier for descending for the sphere, since they cannot be touched in another manner. Attacks must focus on the surface of the interface, on the "funnel" to a point in space which is also every point in space. The more abstracted damage the sphere takes, the more stress is put on the overmind of the sphere wizard, and the less likely they are to maintain their form. AC roughly equates then to the strength of the Sphere Wizard's focus, and damage to that focus is a grounding element that ties them closer to the physical plane like a lightning rod.

At 0HP, the sphere shatters, which means that the sphere inverts, which means that the universe ripples a little and the wizard becomes corporeal again. They do not return to human form; rather, their one-with-all being manifests in a physical form. One accustomed to not needing oxygen, and not needing to withstand normal atmospheric pressure, and they will then race themselves to see if their tissues disintegrate before they suffocate. Often they drown in gallons of the effort of their breath.

HD: d6
Saves: as Magic-User
Attacks: as Magic-User
Advances: as Magic-User
Requirements: Intelligence 12 or lower (because the smart guys are too smart to take the easy way out just because it sounds more sexy and powerful).
Remember that it is possible that none of the above is.....strictly true. That the sphere wizard manifestation is a long range projection of some Magic-Users tripping ass-to-balls on some powwwerful shit. That when this connection is disrupted it pulls some innocent being to our world to die, while hemorrhaging the MU's brain. That there be a sunflower forest somewhere filled with dead Magic-Users. This is possible.