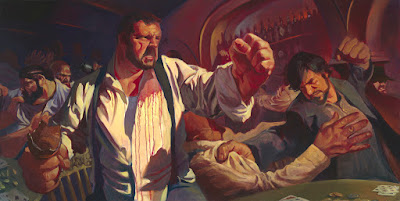 WHAT DOES THE STYLE DIE DO?

Roll- Move 10' away from your attacker on a hit or miss. You are prone.
Vault- You leap over your opponent as he attacks you. On a hit or miss, your character is now behind the character who attacked you.
Sidestep- Move 5' in any direction on a hit or miss.
Fake- On a hit or miss, you pretend your opponent hurt you much worse than they did. +1 tohit and DN until end of your next initiative.
Guard- On a hit or miss, your attacker is -2 to hit a character within 10' of you.
Lucky Strike- You get an extra attack in, right now, on a hit or miss. At level 10, your offensive style die gives you a chance of a Lucky Strike on a successful attack. Lucky Strike can chain indefinitely in this manner.
Trip- Your target, a Large-or-smaller humanoid, falls prone. This doesn't affect other creatures like dragons and grell for obvious reasons.
Grab- You have enough hold on this creature that you double your attack bonus against them until they save against this grab (Easy save).  If they are smaller than you, they move with you. If they are larger than you, you move with them.
Slow- The target's encounter movement rate is halved for its next initiative.
Push 5'- Like it says. If it's as big as a Hill Giant or Dragon or larger, this doesn't do anything.
Disarm- Like it sounds. If the target wants to use that weapon again it has to use its action on its initiative to go pick it up again.