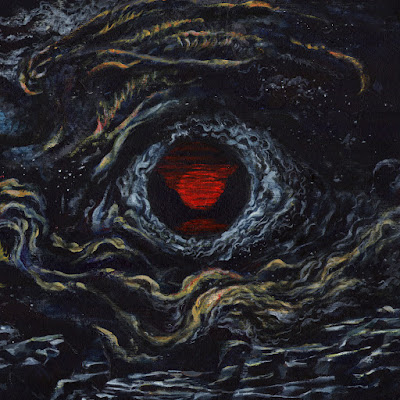 In my own experiments with the multi-phasic multi-table adventure I come inexorably back to the definitive Jade series cam-pak release and the definitive release for this particular genre, Optogram by Ramona Romano. Ramona's constipated oils and Hidetora flourishes lend an overtly oppressive air to what is a quintessential table-top experience shared by thousands of middle schoolers, the kind of things that Adder Entertainment's forebears and antecedents fair specialized in at a certain point: monster bad, go kill monster, killing good, drink wenches fortress proficiency 10 charges per day belt of ham insert coin to continue. I know that I've said before that all gods are monsters but it can't be stressed enough, especially when some gods are In The Bowl and some gods are books that make you too crazy for meat and some gods are just some assholes with ambition and a glass eye. Many monsters, then, are gods, and can be gods, and it's difficult to tell which denizen of some forgotten still-consecrated crypt have a spark of worship still to fire. The mummy's curse isn't in a door or an inscription or a box, it's in Too Near Mummy. Scooby-Doo knew this. Even D&D knew this

Were it not for the atmospheric oxygen-high art decco thule that Ramona posits the tale of the earthquake which exposed the final resting place of a dread black mass replete with horned snail feet ululating exaltation to nightmare schemas would be almost rote. Mind the cave ins, dodge the traps, beware the temple guardians something something Shrine of the Silver Monkey, big Mega Man empty boss room, magic weapon, outrun explosion, hero's welcome. Optagram begins and ends conventionally, albeit with a few twists along the way such as the grasshopper's ghosts, the faces you must break, reliefs screaming for exactly that, and Masaf's Crime. From there, it's a waiting game.

Aside 1: I have been a part of a gaming rota before. I never got my turn to run because I wanted to go last, and things petered out by then. That's how you know it was a real gaming group. I think I turned in a few nice turns in other people's games, though. I have at this point forgotten all the characters I've played but I can still recall most of them, many of them fondly. Though I feel like my Xanadu is some weirdly old school shape, a promontory made for bodies to throw themselves upon from the lofty heights of ambition, I have too much theatre dork and film school prick in me not to have a good time with the more performative (read: "disruptive") role-playing styles. This is why I'm an easy mark for new school fantasy games and idealistic story gaming even though I've only ever gotten blue balls from these.

Ramona Romano: Freelance, AE's own genius haranguer Boomer Kuwanger on the payroll to monster after a whole Lampoon's worth of Gamma Personalities, didn't get her start in game design. Bounty hunter to the rich and famous and drug czar to all your favorite cartoons, Ramona sponsored 2/3 of AE's staff over her tenure as they turned from one vice or another. Often to one vice or another. She was a smoke visualist and ambush bodypainter when Bloom Rose met her at a My Choice demonstration. It's been said in the intervening decades that there was never actually much evidence for people having burned bras as a major movement. Ramona Romano was, oh

In any experiment controls either succeed or fail. It depends how far they are pushed.

It is six months later. A year later. Maybe the same people are here, maybe only some are. Maybe it's a whole new group new town new decade. There are three to six pawn records but they did not come in the pak. They were generated by other hands in another time. You start to play. There is an earthquake, there is a sucking dark movement, there is Masaf's Crime. This is not the same tunnel. This is not the same quest. You are not the same persons. This is an echo off the walls of a deep, bottomless crypt made of oozing flesh. The gods experience time differently. Your pawns are the last thing the Decacus glimpsed before its death. Now you are fated to play out the moments leading up to its death forever. Not repeatedly, just forever. A conveyor belt of contrivances draws you inexorably toward either eternal suffering or eternal murdering. This is no longer about winning or getting it right. This is about escape. You've trained for this day your whole life: complete this adventure by breaking the railroad and jumping track to some trivial bullshit that will allow you to escape. The bars of your prison were forged in the blood of the players who came before you and set the incidents. Defy them and go into the empty spaces where the Vindicator must quickly draw the tygers before they run out of mappe. That's your only salvation.

Aside 2: I think when you are first getting into rpgs there is a resistance against pre-generated characters that is a little childish. It's that i-don't-need-training-wheels-i'm-a-big-kid instinct I guess? But pregens were never about saving you work. They were about saving you time. I've taught a lot of people to play games and if I took the time to teach every one of them everything they needed to know to build a character and then all the ins and outs of that process before we could jump in the line rock your body on time then I'd still be hand holding through the Caves of Chaos like an asshole and nobody would have been able to escape the star crashing ape face or raced against the invisible creeper or slipped barely through the whispery fingers of a grassy horror. You learn the game by playing the game, you can build your Hellboy knockoff with +97 Perception or whatever another time, it's your turn to whomp the bullfrog Dillon.

There's always a ticking clock. There'd better always be a ticking clock. It's a cute stunt, one I've obviously borrowed from before, but as a play experience it can get a little too gonzo too fast. The aesthetics are 40K but the gameplay runs Itchy and Scratchy. Once the players know they can do anything and should do anything the center stops holding. This has ruined many a night even when not specifically begged by the material, so getting permission to run wild kind of takes all the fun out of it. The perfect dead baby joke may (MAY) have merit but the perfect dead baby joke in Cards Against Humanity means fuck and all.

There's a line toward the end of The Hobbit that says something like "And so Bilbo and Gandalf traveled with Beorn back to the shire, fighting off the forces of the Necromancer along the way" or something like that. That one sentence contains promise cooler than almost anything else Tolkein ever wrote and cooler than most RPG module setups. There's a line toward the end of Optogram that says, "You are freed now with the spoils of your strange journey. You are the ghosts of women and men who still live. You are a god's epitaph writ thirty feet high. There is not room in the world for anything less than you. There is not room in the world for anything more than you." Kill your double. Become the monster. You're gods now, start acting like it. To me that means the only true victory over this cam-pak is to bring Masaf's Crime to the wider world of the campaign, return to your friends at the table, and lay waste to whatever progress they've achieved in the mean time. Wreck the whole damn campaign world and eat the normal progression of events like Cronos.

Apart from all the cues I've taken from Ramona's ouevre it seems like the rest of the folk at Adder Entertainment were big fans, even if the book's success is now largely synonymous with its ignominy. Both the Hall of the Deads and Lightning Rainbow Song contained allusions to this book, with Decacus appearing in the latter and "Optograms" (no formatting) appeared in the former. That entry in particular wasn't super useful, amounting to "here are some ways to think about numbers but maybe just go spend $9.31.73 on a different book." It became a tradition in the Second Age to dare the blood mirror of Bask in Hell in order to unleash one's own "Optogram" for the group to defeat, a kind of "my distended self image can beat up your dad" kind of schoolyard jockeying. The back half of the cam-pak was highly rewritten by Hark Gibraltar and re-released during the Second Age as part of the Jade Scriptures. It's a popular mod for Entombed! and allegedly the inspiration for a Residents album.

All gods are monsters if you do it right. All rules are there for you to dare to break them, even/especially if you never succeed. Ramona's other biggest contribution to the AE lexicon was Hooks, from A Tunnel #16, which has a Senate subcommittee's worth of Werthamic violations. If anyone can help me get a full scan of this one I'll do a review but since almost everyone tore out the "Centerfold Pinup" I'm pretty much satellite of love over here.
Posted by Daniel Dean at 9:29 PM