Them Men Who Are Drugs 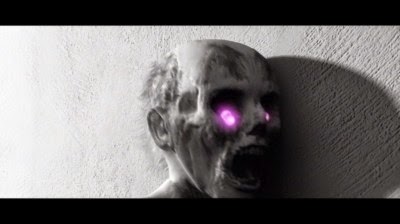 There is a fourteen-page manual known as the Divine Handbook of The Mad Little Fucker: The Seven Winds, Four Seas, Two Suns, and One Heartbeat of the Apocrine, written 1013 years ago by the enchanted (and also SELF-enchanted) Cermyn Flia, otherwise forgotten despot of prisoners in the stone shaft penitence kingdom of Taletataltleatet. It is filled with mad recipes, unheard of taboos, and a language and pornography of his own devising. The mad do not want the world to be mad, merely broken, so that in their madness they can tolerate it. His followers abroad and within his gulag nation were rabid, and remained so long after his death (at their hands). His scriptures describe the coming of a new age, and a new man, an eye which shall be opened when all is darkness, after the final shit is had.

Cermyn Flia's last curse was to die somewhere with an expansive water table. His blood and bone are a powerful hallucinogen and mutagen, and it has been working its way into the supple flesh of the world peach  for a long time. Touching people. Altering them. They are transformed, mind and body, and become like Cermyn Flia: a transformer, a toad person, an Apocrine.

The Apocrine are an evangelistic people yet also very protective of their secrets. They live in large families and communities related by marriage, and they require induction into such a union before their secrets are shared. They are, however, a meritorious culture, and those who come seeking transcendental pleasures alone end up finding themselves numb to the world and handed all the chump work.

Apocrine possess strange properties in their biological fluids. Their tears are a powerful acid, able to corrode chain link in a little over an hour. Their saliva is toxic, acting as a paralytic poison on most creatures. Their blood, in concentrated amounts rather than the amounts absorbed by the Apocrine themselves, causes a powerful chemical burn when touching organic matter. Their skin is covered with a thick layer of hallucinogenic sweat. Their hair and nails can be ground into a delicious spice, and there are secrets to the rest of their bodies which the Apocrine have never evidenced to the world...but they are a surprising people. Some Apocrine masters have concocted a way igniting living material at a touch.

Bio-to-bio contact with the Apocrine or any of their separated and weaponized fluids is inadvisable and the effects of these contacts are instant. Additionally, a save must be performed, even when you are horribly injured by these agents, because each substance is incredibly addictive. It is said the Apocrine earned the valley they called home by inventing the world's only martial bathing practices. They have obviously weaponized swimming.

Apocrine do not find clothes comfortable, and their secretions dissolve most clothing over a short time anyhow. Even if you meet a heavily armored Apocrine in their tarnished steel, be assured that they have taken the precaution of coating their armor and arms with their own fluids.

Their minds are also adapted so that they have a 2/6 shot of understanding the intent if not content of any message, and they have a kind of special sight: even in perfect darkness, they can see anything which can die.

Hot water applied vigorously and thoroughly to the Apocrine neutralizes the effects of skin contact for a short time, though they will regain their potency within a day. Apocrine find that alcohol intensifies their effects, however alcohol affects Apocrine 4 times stronger than most beings. They do not get along with horses or mounts, leading to their reputation as the Walking People. They are relatively short lived, rarely reaching 60. As they walk and wander, as they are murdered and wake old and screaming in bed, as they die and are interred, they carry forward the circumstances of their birth. They can tell one another by smell. There are more every year.
Posted by Daniel Dean at 12:56 AM