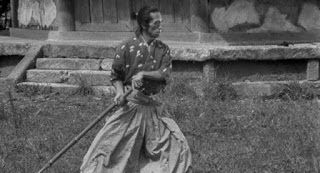 With the Killer the idea is to trade a bit of VDND design philosophy where no one should be necessarily better than anything and basically everybody can have magic spells (wizards get a couple more! wow!) and the real treasure was friendship for, well, a bit of BX/LOTFP philosophy: the strength of the Fighter shouldn't be that he can get more feats than everyone or that he can stab and cast magic missile, the strength of the fighter as a core class concept is that he's the best at fighting.

Flash has to be faster than Superman otherwise there is fundamentally no reason for him to be there. Vibrating through shit, speedlending, come off it with that shit. Superman's right there, any trick like that you pull he can duplicate with some hitherto unexplored duper power or he has something back in his Ice Town that does, and it's the kryptonian equivalent of a drinking bird, the kind of garbage you give someone you actively dislike for dirty santa. "Oh a molecular de-syncher, thanks Jo-Ann, the one I got last year broke at the bottom of a space well somehow." Batman's there because he works harder, Green Lantern's there because he's practically a Jack Kirby character, Wonder Woman's there because she's perfect, the Martian's there because he has more powers than Superman, and Aquaman's there because in a very real sense all these other people are on his planet.

Likewise and cribbing from myself either you only need a Fighter or you have rangers and paladins and monks and barbarians and archers and almost every other class can take martial paths and pick up combat feats and you don't really need a Fighter at all. Time was the Fighter was best at fighting and if you wanted someone who was best at fighting and could do other stuff you had to level about 25% as fast overall, and/or get some frankly astounding rolls for 3d6 in order. The qualifiers have been sanded off and everything's even now, which makes things decidedly uneven.

At level 1 a Fighter is competitive but they're blown out of the water as early as levels 2-3 in terms of both versatility (said to be a part of the design philosophy of the 5e fighter) and regular damage output. Everyone also has to really work at getting any better at hitting anything, and all things being equal a level 20 fighter has a near identical chance of hitting Tiamat with his Doomsabre as a level 20 Druid has of hitting something with an ordinary rock.

Oh you can up the Fighter's usability, combat capabilities, lethality, sure, no problem, but it does involve a lot of toggling. I've DMd enough VDND at this point that I can tell you "not as flashy as a lot of other options unless you focus on flipping these switches and what did you have left and when does that reset and oh crap I forgot my feat can I reroll damage on that guy from my turn" loses out pretty much every time, especially (important point) for players who are either NEW or who simply DON'T IMMERSE THEMSELVES IN THESE BOOKS. The people who don't comb shit shit nearly as much as we do but still love playing. To them that's a lot of work for little reward.

So using only the rules and tools available to us, without rewriting the Fighter entirely, how can we make him better at Fighting as straightforwardly as possible...


All we're doing is presenting options, see. It starts with a Fighting Style option only the Fighter can take

On a round in which you miss all attacks against a target, you may deal a minimum damage to that target as a bonus action. This damage is equal to your Proficiency Bonus, plus any magical damage improvements from your weapon.


Then  we give them an option for a Martial Archetype


This is nowhere near as competitive in terms of versatility or magic but it gives consistent bonuses without having to mess with Maneuver Dice and at the high end covers the spread to give an effect close to Advantage on each attack without actually offering that since the potential spread there is much much larger.

Finally we give them another option. Now a lot of DMs, in fact most I think, give players the option of either Ability Score Improvement at certain levels or choosing a Feat. Certainly in this respect the Fighter seems designed around this option, looking a lot like a 3e/Pathfinder Fighter from that perspective. A Battle Master Fighter fully decked out with Feats sounds like an incredibly fiddly bunch of moving parts and I may indeed have to do that one day if I ever miss playing 4e.

We keep Feats as an option, explicitly so, but offer an additional option: at each level you can take an Ability Score Improvement you may also elect, instead, to gain +1 to your damage for all attacks.

We're talking about a cumulative +5 to hit, +7 to damage, and 6 damage per target on a miss by level 20. We have not added anything to the sheet, we just increased the numbers in a couple places and used one number differently from its intent. Again short of going back to BX or LOTFP this is going to be as straightforward as it gets.

What does this look like over time? Let's assume a respective 20 Strength or Dex and calculate using an existing +5 to hit and +5 damage. All else being equal the Fighter still never attains the max damage output of other fighter-plus classes but all those require other features which need to be managed and refreshed. If those resources go to other areas or are unrefreshed, the Killer does stand above the rest in a straight fight in terms of accuracy but not so far above the rest that it's a case of "we'll let the Fighter handle this," especially since all VDND guys have big hit point buckets. Their max damage output is still never the highest possible but it's the higher than other class' naked combat scores.

You can get higher bonuses than this with other class features from other classes and even the potential for a higher bonus within the Battle Master but those all require exhaustible resources and management of the same. A naked fight is usually in the Killer's favor because we altered naked values, and the tradeoff is being less good at yelling and jumping and shit. Importantly thanks to the Backslice Fighting Style option the Killer Fighter becomes very valuable on a team getting its ass handed to them by bad rolls all night.
Posted by Daniel Dean at 11:46 AM