You Know Why I Can't Wait For BREAK!!? 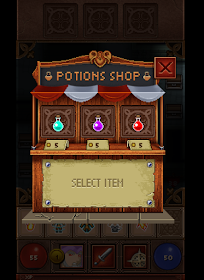 Because it represents a beautiful world that doesn't care about you.

We are all saturated with cold cruel worlds enormous beyond space old beyond time indifferent to mortal concerns and scornful of immortal conceits. Hell that might be close to my ideal genre of play.  But you can't swing a dead cat without hitting a wall of space marines, rot-infected henchmen with 10'poles scared of the fucking curtains, human unkindness, eldritch shapes from without our understanding. and even a modern superhero genre devoted mostly to evidencing there are no heroes and super powers are bad too. We get it. By all means keep it coming as long as you don't shit yourself but we get it.

And as a panacea to this we are offered games and worlds where we all have a shared history, we're all resolving each others' traumas and conflicts, we can dictate huge swaths of the world and even about other characters, we got books full of rules to mechanize our cool backstory we wrote in study hall, showy fart goof podcasts, traditional fantasy narratives with nontraditional gender roles, games where we even get a huge say over who lives and who dies with no randomization, strategy, or play element beyond regurgitating half-remembered Robert McKee. AND BY ALL MEANS more of that, too, or at least more of most of that. Everything can be rosy and wonderful if we work together and to a figurative, literal, mechanical degree the world ultimately does revolve around us.

and maybe they aren't trying to make any grand statement about anything or trying to subvert your genre expectations. Maybe they go to sleep on a pillow stuffed with printouts from TV Tropes and all their years years y e a r s of effort has been to produce a run of the mill shelf-filler. Maybe that's the case, but I feel like it's not.

Because I don't want to put words in anyone's mouth or press their game FOR them or insert myself into their success any more than I've already tried. I just want the game to succeed. Because many players in the world are brilliant people and many DMs are creative juggernauts and everyone I've met at a table contains multitudes. BUT.

A lot of gamers are fairly ah....well, if not literal, then uncomplicated. They don't want to work and build and create, necessarily. This doesn't represent most gamers but it represents a lot of them: they want the book to do the work. Whether we're talking an adventure or a whole system they are counting on the buy-in being provided. Less driven by discovery, they crave a thing known. I was very nearly something like this once so I don't judge, I just don't relate. I get the instinct to do most of your creating and building and exploring in-game at-the-table but the idea of the game text as operating system and player characters as executables... That doesn't feel alive to me.

BREAK!! feels alive to me in a way that will defy scholars since it's been incubating since Moses struck the stone. The FIRST time.

And that's good because what BREAK!! represents to me is an opportunity to hand the people of the world for whom campaign planning and house rules are fairly alien one big ass book and go "Here: no hacking or modding, no third party content, no cooperation required, just a big aesthetic playground sown with old Capcom games, card battle anime, Shonen Knife, TSR, Kamen Rider, and that cartoon all star VHS where George C Scott was drugs."

I don't think of rock and roll as a genre, I think of it as a vanishing point. It's an achievement. You know when something is rock and roll, even if it's only in part. That's why when people talk about rock and roll the amount of material that covers is a sprawling mess and it seems to encompass a lot of things that are, well, other things. Johnny Cash is undeniably rock and roll and provably not rock and roll. I think of D&D the same way. There are people who are allowed to put the word Dragons on a book cover after the word Dungeons but that's a fucking fragment of what D&D is and so much of what D&D is is so strange in so many different directions that it's hard to keep track. Now it would be a disservice to a lot of G/Rey's work to imply that in the end it's just D&D but it's D&D *too* because it's that good.

A lot of beautiful games are not D&D. They never get to be D&D, I mean. And a lot of D&D is never bright and beautiful, promising welcome. BREAK!! is an inviting world of rolling pastorals and Ghibli alphabet soup and feudal towers and the power of our dreams and emotions that will still break your shit in the way the best D&D can. Please excuse me for calling every video game I see a Nintendo but that's just how it is.

And so I'm excited for BREAK!!

Because a ton of people who wouldn't quite "get it" under other circumstances will "get it" from break, and then they'll get it. The book, they'll get BREAK!!

And then I'LL get to fucking play it.
Daniel Dean at 10:19 PM
Share