Evolutionists- I'll Make A Man Out Of You 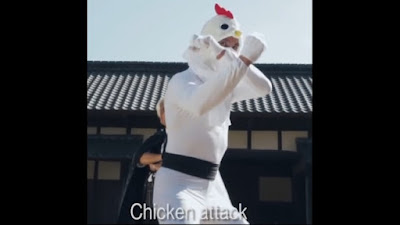 You have three abilities.

You can transform any animal with less than 1HD into a humanoid who acts/saves as a Fighter of half your level (min 1) with 10HP, whose unarmed strikes deal 1d8 damage. You can only have one such effect active at a time and the transformation only lasts until they defeat the enemy you summoned them to fight - not "the guards" but "Greg the guard" - or until they are reduced to 0HP or you revert them to their animal form at will. There's no limit to how many times you can use this per day. At level 6 you can do this with creatures who have 1HD and all creatures retain any special abilities that it would make sense for them to have, like echolocation for bats or heat detection for snakes.

You have a number of Primal Forces equal to your level, choosing which new ability you gain each level. These may be taken multiple times. On your action you may invest one of these Primal Forces in an animal or animal-humanoid you have created. These are refreshed after a night of snoring and farting. You can also regain one Primal Force through the expenditure of Amber.

Healthy- Target gains 1d8 to their HP even if this takes them above their starting HP.
Ferocious- Target's unarmed attacks deal +1 damage and are considered magical.
Gentle- Target's unarmed damage uses 1d12 but only does non-lethal/stunning damage.
Arms- They already have arms but now they can have either a big fuckoff melee weapon that reaches 15' away or a powerful shortbow with unlimited ammo; all weapons and ammo vanish when the animal reverts.
Surprise- An animal's target suffers from the effects of Confusion until it is reverted.
Cautious- This can be activated when the Evolutionist or one of their animals would be hit, even from surprise: the animal transforms and becomes the target of the attack.
Will- The animal gains a mind of its own, along with the capacity for speech. It is totally obedient.
Move It- The humanoid gains any special movement the animal possessed, like burrowing or flight
Feast- The humanoid kills itself but stays at its big size, providing delicious rations for a whole party.
Defense- NOTE: ONLY WORKS WITH TURTLES. The humanoid's head and arms collapse into its chest. It gains +4AC, blindsight, and its kicks become magic.

You can carry up to your Dexterity score in small animals on your person. If you would take damage from a weapon attack you can say that one of your animals stunted the blow, subtracting the dead thing's HP from the damage you would take. In addition, you can use any animal as a weapon. Snakes become nunchuks, hedgehogs become shuriken, alligators become greatclubs. They deal damage according to the weapon they are emulating but they suffer the same amount of damage. Once they're dead they no longer function as a weapon. You can invest a Primal Force in these animals in order to heal them and send them on their way.

At level 9 you gain the ability to turn a willing or terrified humanoid into an animal of 1HD or less and carry them with you. If they take damage from any source they instead revert to their pre-animal state.
Posted by Daniel Dean at 6:14 PM