My New 5e Character: I Like Half Orcs Now? 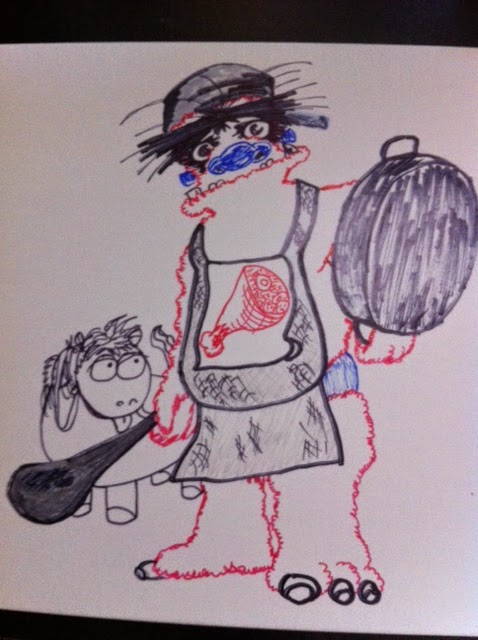 So after remembering my Muppet Maker earlier and fiddling with it I decided to whole hog make a guy. I decided the Type table (humanoid, animalish, or monstrous) would roughly correspond to Human, Normal DND Race, the Rare Races, according to the 5e handbook. Figured I usually hate half-orcs but divorced from Orcishness they would give the guy I rolled up an appropriate skeleton so I don't have to hack anything. So my guy has the bones of a half orc but he's a Sesame Street monster.

Muppet Maker results:
5e adds:
Anyway if you run an open game any time soon  and I can make it expect to meet Chefy and Cinnamon.
Posted by Daniel Dean at 4:42 PM